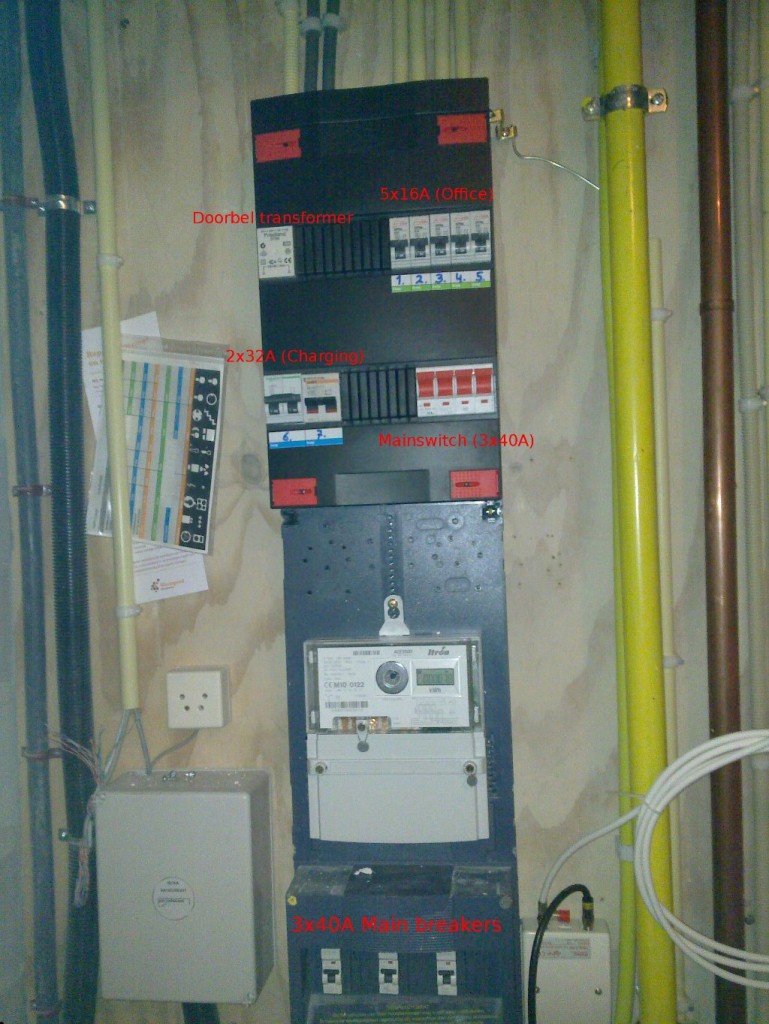 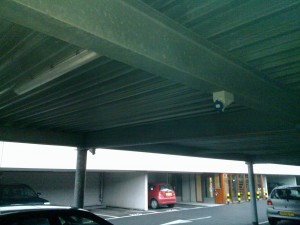 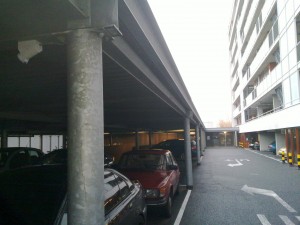 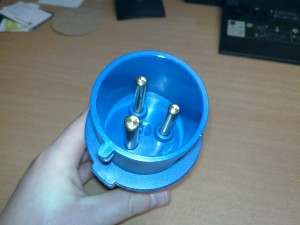 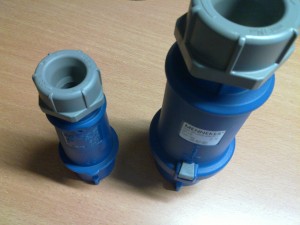 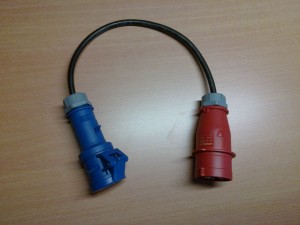 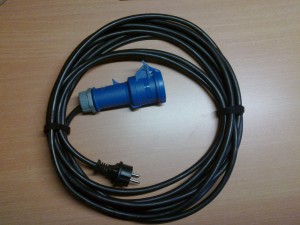 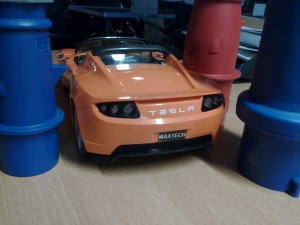 I had to test if I could print over IPv6, so I switched from IPv4 to IPv6 in the printer configuration (Note: You have to select IPv4 or IPv6, there is no Dual-Stack!). Before doing so I wrote down the MAC Address of the printer, I would need that to find it on my network, since the printer would get a IP from the Router Announcements my Linux router send out.

After turning on IPv6 the printer got his address within a few seconds and I was able to browse through the webinterface with Firefox. 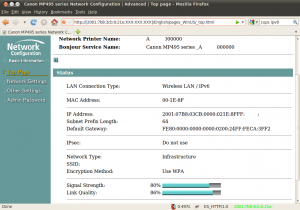 Now I wanted to print over IPv6, the first thing I checked was if CUPS under Ubuntu 10.04 supported IPv6. It seems that CUPS supports IPv6 since version 1.2 and Ubuntu 10.04 is shipped with CUPS 1.4, so that was OK.

Then I created a DNS record for my printer, I pointed a AAAA-record to my printer, just so I dind’t have to type the address all the time. And DNS has been developed for NOT typing IP-Addresses, isn’t it?

Now I had to configure CUPS to print over IPv6, my goal was to do this via the GUI and not use any command-line stuff, that was even easier that I thought.

Adding the printer can be done in a few simple steps: 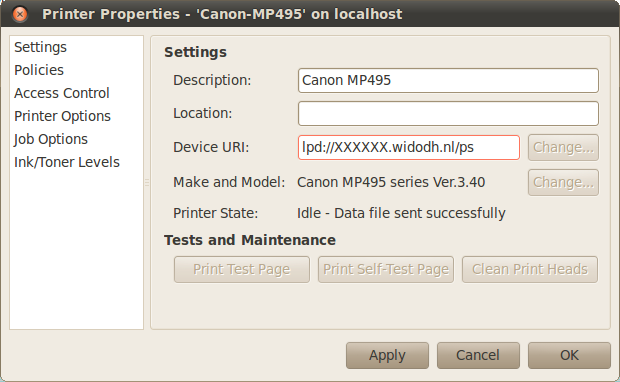 Your are all set, the printer should work over IPv6 after this steps. Happy printing over IPv6!

The last few weeks I spend a lot of time upgrading Ubuntu 9.10 systems to 10.04, these systems are SuperMicro blade systems with 2 NIC’s per blade.

Those devices then are used to create bridges like vlanbr100 and vlanbr303 to give our KVM Virtual Machines access to our network.

Under Ubuntu 9.10 and before this setup worked fine, but under Ubuntu 10.04 we noticed that the network inside the virtual machine wouldn’t work that well. The ARP reply (is-at) would be dropped at the bridge and didn’t get transferred to the Virtual Machine.

If I’d set the arp manually inside the VM, everything started to work, but ofcourse, that was not the way it was meant to be.

After hours of searching I found a Debian bugreport, that was exactly my problem!

I created a bug report for this at Ubuntu, hopefully they will fix it in 10.04 rather quickly.

For now, if you have the same problem, just backport the ifenslave package from 10.10 to 10.04

While we are nearing the end of the IPv4 pool, a lot of consumer electronics (even Enterprise routers) do not support IPv6.

Today I bought a new printer to use at home. It had to be a printer which would work over WiFi, after some time at the local store I choose the Canon Pixma MP495, a simple printer, just what I needed.

After configuring it (which I had to do via Windows), I browsed to the IP of the printer and saw that it supported IPv6! (Even IPsec) Wow, that is something you don’t see often.

Haven’t tested it with my Ubuntu 10.04 laptop yet, but it is nice to see manufacturers start implementing IPv6 in ordinary products!

There are two points on which people criticise Electric Vehicles (EV):

The first can be solved by ‘simply’ adding a larger battery, this can be in physical size or having more Wh’s (What Hours) per Kilogram.

Filling the tank of a car with a ICE (Internal Combustion Engine) takes about 3 minutes, it is something we are used to. But charging a EV can take up to several hours.

A lot of people say that they will start driving an EV as soon as the range gets better or charging can be done fast, like they are used to right now.

Charging a EV really quick has a few problems which can not be solved that easily:

A simple micro-wave in your kitchen uses about 1kW of energy, charging a EV that fast would use the energy of 636 micro-waves! That would put a lot of stress in the grid, too much stress.

If we charge the EV in 10 minutes we would ‘only’ require 318kW of energy, 20 minutes 159kW and 30 minutes would take 106kW of energy. Those are still high numbers, but they come closer to what is possible.

Take the Nissan Leaf for example, this car has a 24kWh battery which can be charged to 80% in 30 minutes, let’s calculate how much energy we would need.

3-phase 480 Volt is not that hard to find / get here in Europe, so charging a Leaf that fast is feasible on a lot of locations.

Not only will quickcharging put a lot of stress on the grid, it would also be unsafe for humans to connect such cables. If the current which flows through that cable would be exposed to a human, you would instantly be killed, no doubt.

Quickcharging a EV has a few drawbacks, let’s sum them up:

But why would we want to do that? A EV can be charged everywhere! Your car will be parked for most of the time during the day. Those are all possible charge possibilities, we should work towards utilizing those moments. Ofcourse, there will be some places where quickcharging will be possible, but I think they will be placed on strategic locations like road-side restaurants.

I think we need to let go of the concept of filling up our car within a few minutes. In the future battery technology will improve and we will start to see battery packs ranging from 75kWh to 150kWh, which will bring us where we want to go, charge there and get back again.

This weekend i tried to compile a patched 2.6.35 kernel and wanted to install this on multiple machines. But it kept failing when the .deb files were created.

make-kpkg kept complaining that the kernel version, 2.6.35-rbd+ was not in the “control info”.

After some searching i found out this was due to CONFIG_LOCALVERSION_AUTO not being set.

Setting this to ‘y’ solved it for me, now my kernel compiled and got packed the way it should. 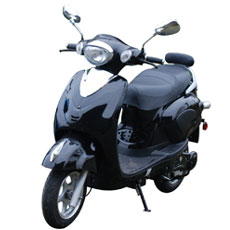 Today i read this (Dutch) bizar article, the Belgium railway company forbids other websites of hotlinking to their website?

Well, that is really ridiculous! So here is a link to their website when you are experiencing a delay and want a refund.

And here is a link when you want information about the timetables of their services.