On Thursday we charged my Model S again at Jekta Shoppingcenter since we were taking the Hurtigruten ferry that night to Trondheim and I wanted the battery to be full.

The battery was charged around 14:30, so we headed towards the polar museum in downtown Tromsø.

After driving just 500 meters the city got dark. All lights went out, power failure!

Lucky me that we just finished charging. It took over 2 hours before the power came back. So no Polar Museum since that was closed. We sat in the car for 2 hours since there was nothing to do and it was very cold and windy outside. 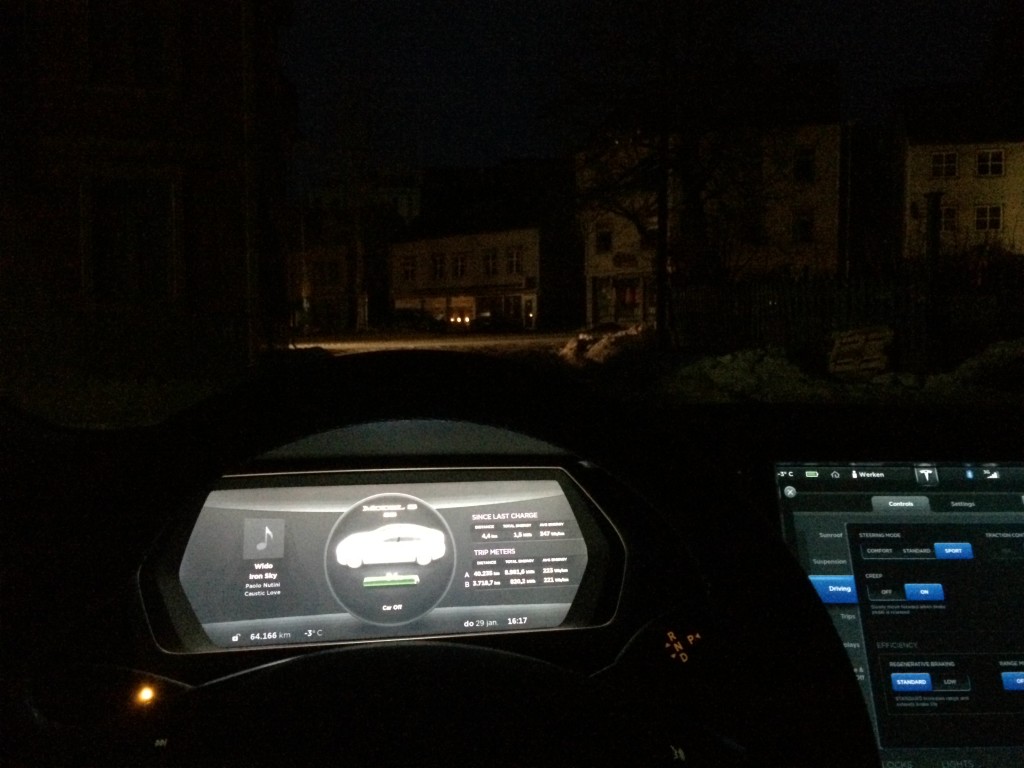 Since this is also a vacation for us we figured it was nice to take the Hurtigruten ferry from Tromsø to Trondheim. A 2-day and 3 nights trip which takes you through the Fjords here in Norway. 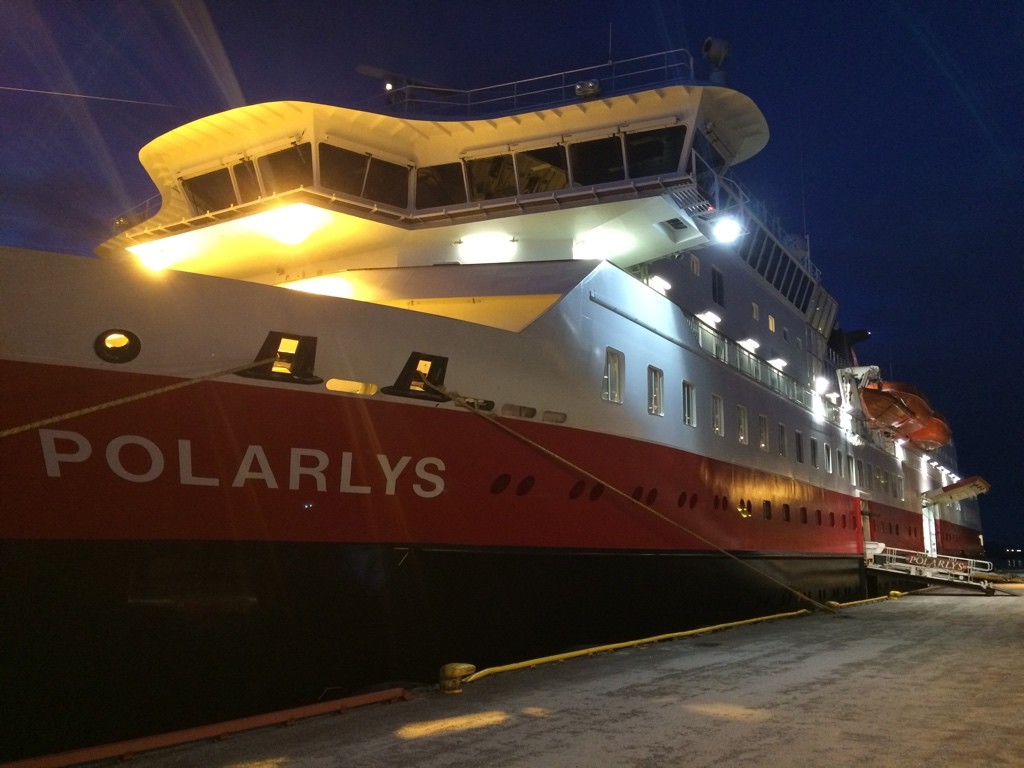 After driving on to the ship the Hurtigruten employee asked for the key of the car. He explained that they need to move the cars as people come on and go off.

I gave him the key and just as we were about to go up, he asked: How does this car work?

He had never driven a Model S before. I gave him a brief walkthrough in 2 minutes, explaining that it’s simply a automatic. D, R and P, that’s all. I didn’t look and him parking the car. Thought it was best to just trust the guy.

After sailing for a day I checked on my phone (WiFi on board) to see how my car was doing. The battery was still at 312km, but it said the car was parked on the dock in Tromsø!

Did they drive the car off again to make some room and forgot to drive it on again? For some peace of mind I wanted to know if it was on the ship. The nice lady at the reception asked the car deck if they could check if a white Tesla was onboard. It was. 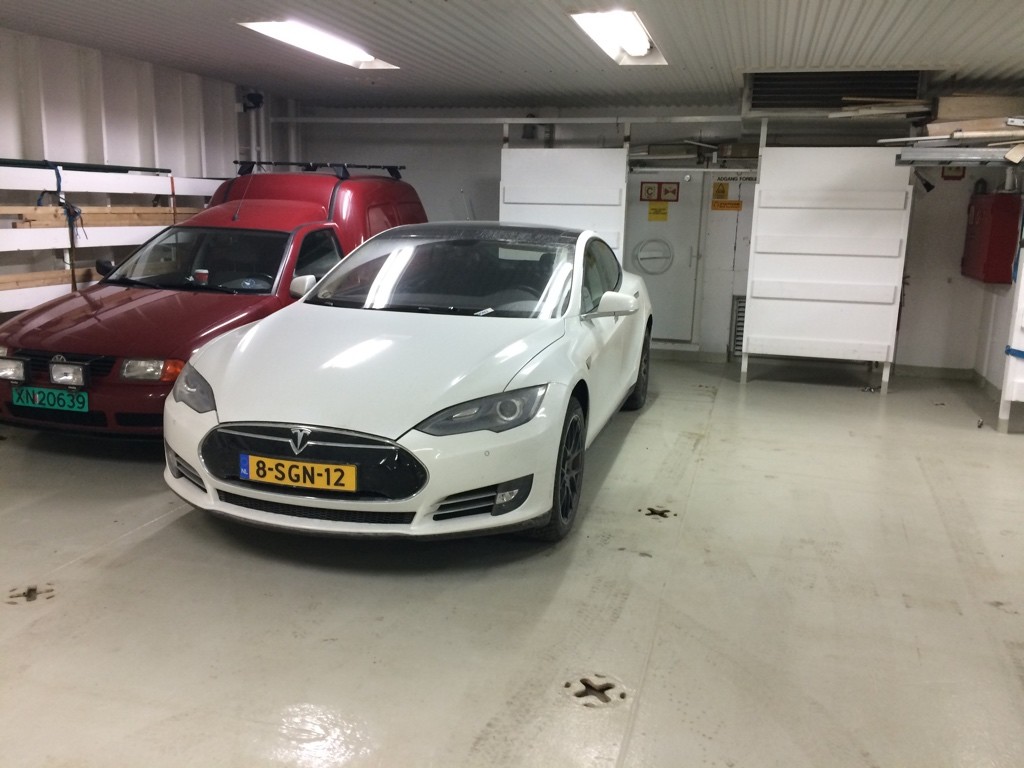 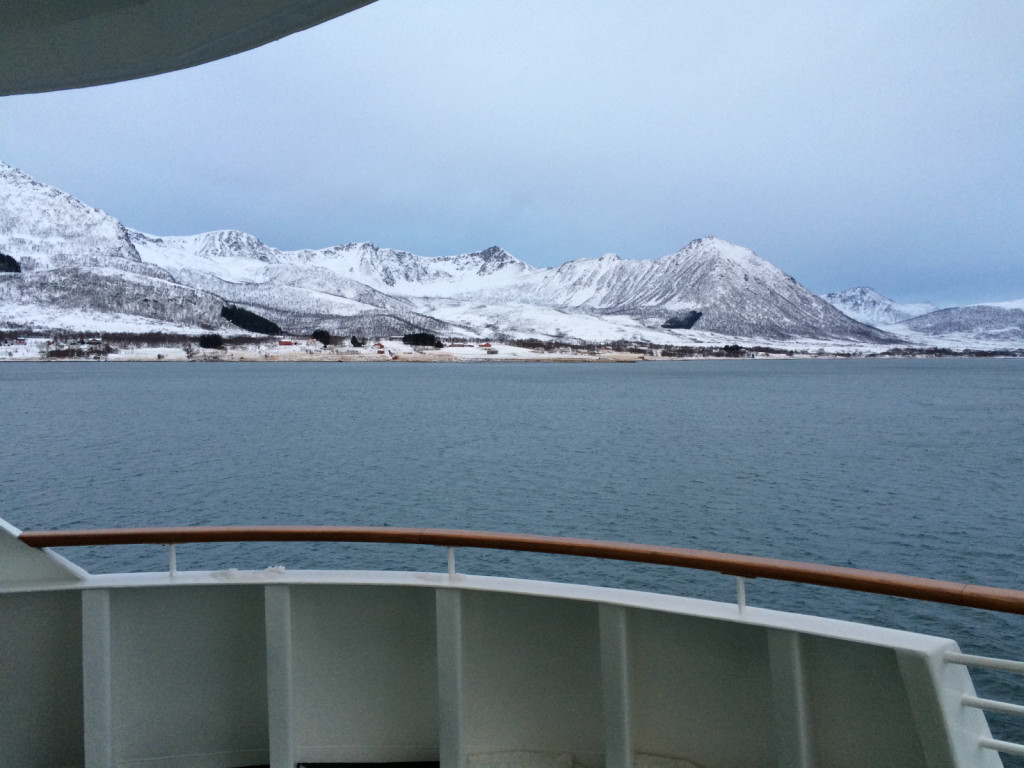 Early Sunday morning we arrived in Trondheim at 06:30. Our next destination was Lillehammer, but to get there we had to use the Dombås SuperCharger. 200km from Trondheim. Although the battery was still full enough (290km) I wanted to have some reserve.

The SuperCharger near Trondheim (Klett) was still about a week away from being finished, so that was no option. I called the Tesla Service Center in Trondheim in advance since I heard that they had 22kW charging available. A quick phone call told me that they had 4 22kW chargers available outside the gate. They were accessible 24/7. 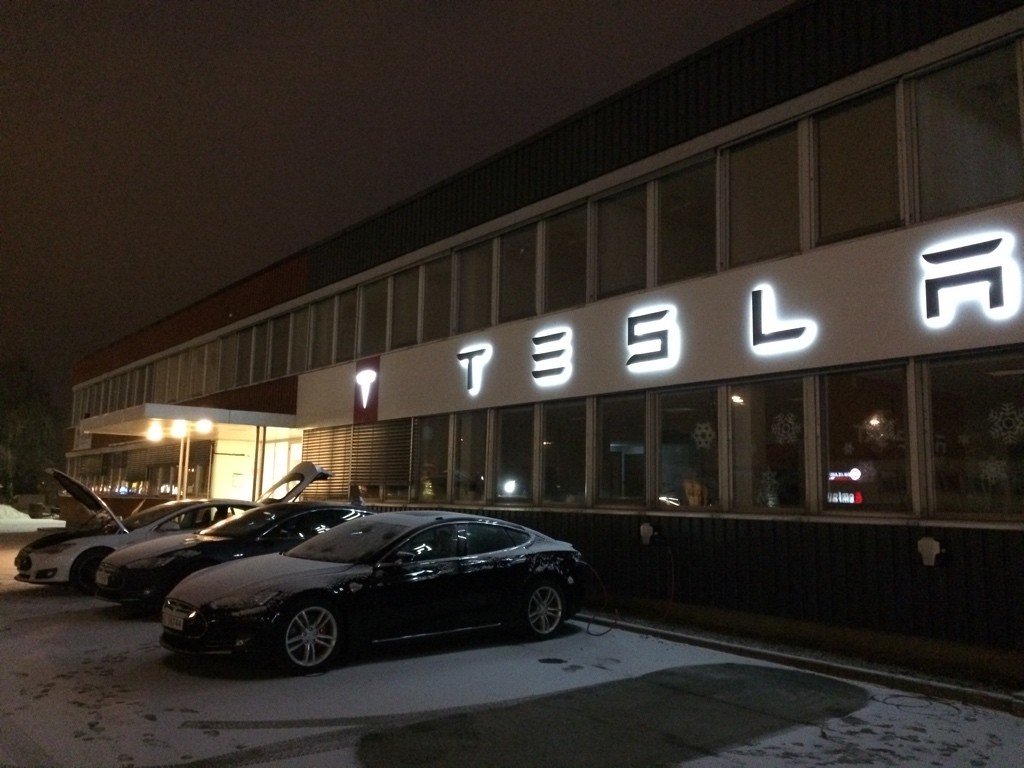 After the charge it was time to head to the Dombås SuperCharger!