As I wrote in my previous post we took the ferry from Moskenes to Bodø at 07:00 on Friday.

After 3 hours and 15 minutes we arrived in Bodø to head towards the SuperCharger in Grong. A 512km drive.

The trip to Grong was long. Nothing really special to mention. Ice and snow on the roads, that is mainly it. A exhausting and long drive mainly.

We took the Fiskevägen route. This time from Grong to Krokom where I took it the other way around last year.

The 240km trip took us 4 hours and 30 minutes. We took it slowly since the view is just awesome!

Halfway we stopped in Rötviken to take a break and charge. Just as last year it was just a 3,6kW charger. It added only 4km of range while we took a break. We did it mainly for the show.

Getting from the Krokom (Sweden) SuperCharger to the one in Mora (Sweden) is over 300km and I don’t like such long stretches. At home I already found a free CHAdeMO charger in Sveg which is a small town along the E45 from Krokom to Mora.

I should be just a matter of plug in and hit the start button. It was!

This charger is also part of the Green Highway. Much better than the 3,6kW charger in Rötviken!

We stayed in a Hotel in Sveg. So during our dinner in Sveg the car could fully charge.

From Sveg we followed the E45 towards Göteborg and down to Malmö and into Denmark. Slept in Bremen and drove the last 600km home.

This part of the trip was not that special. We just drove for 2 days 🙂

When I left home I hit the reset button for both trip counters. The end result is 5.571,3km with a total energy consumption of 1,179kWh. That averages to 212Wh/km. 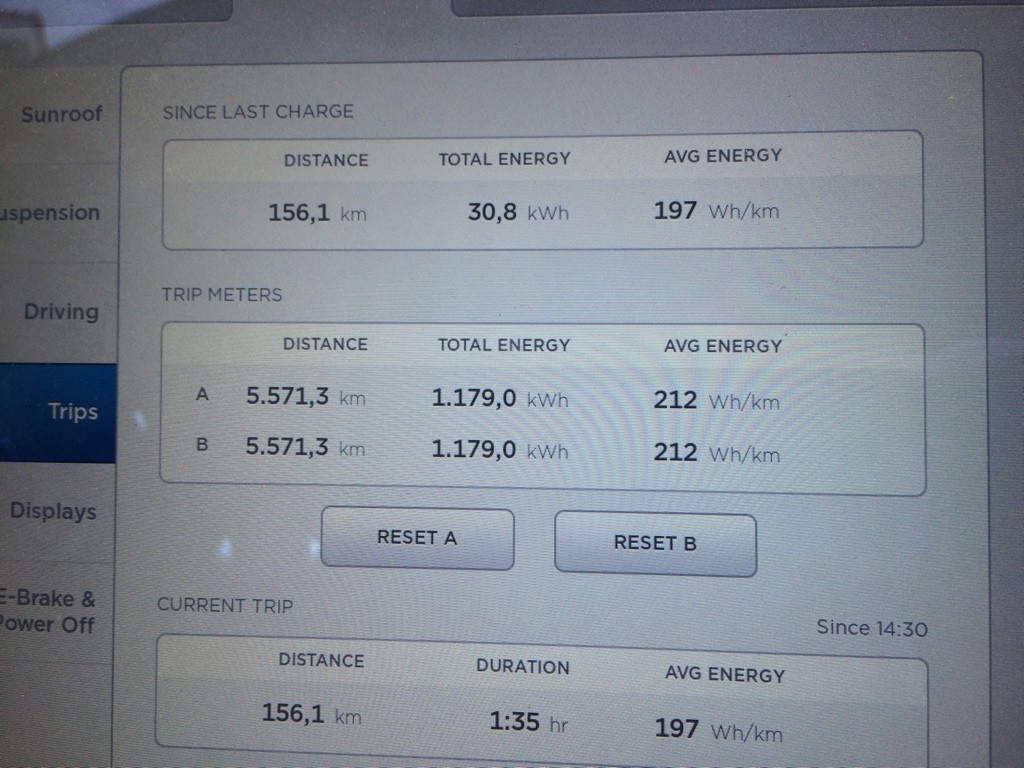