At home I have native IPv6 via my ISP ZeelandNet since June 2014. Ever since I’ve been using the internet via IPv6 where possible.

Yesterday I thought it was time to create a IPv6-only VLAN + SSID at home and see what parts of the internet I could use while being on a IPv6-only network. No NAT64 or anything, just IPv6.

I’m using a Soekris NET6501 with Ubuntu as my router at home. So I created a new VLAN and used that VLAN tag to create a new SSID on my Access Point.

Under Ubuntu I configured:

I have an iPhone 5s and iPad Air 2 both running iOS 9.1 and I thought it was best to use these for testing the IPv6-only network.

They connected just fine! But the WiFi overview didn’t show any IP-Address. Seems that is still IPv4-only. 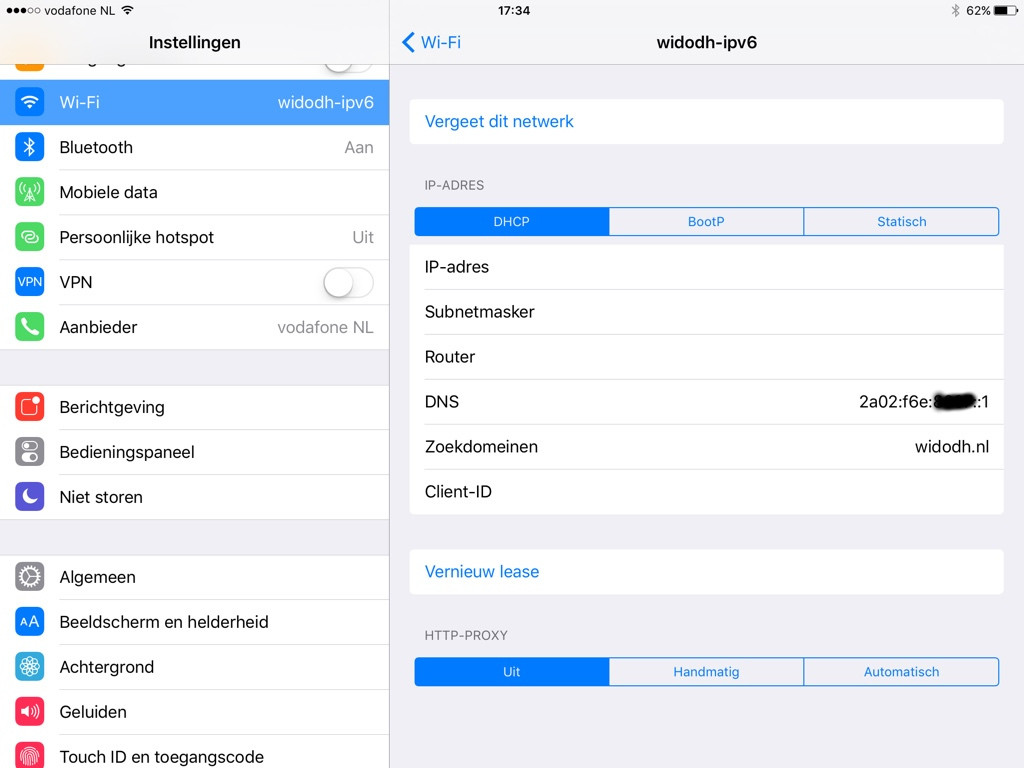 And ipv6-test.com showed that I had IPv6 connectivity only. 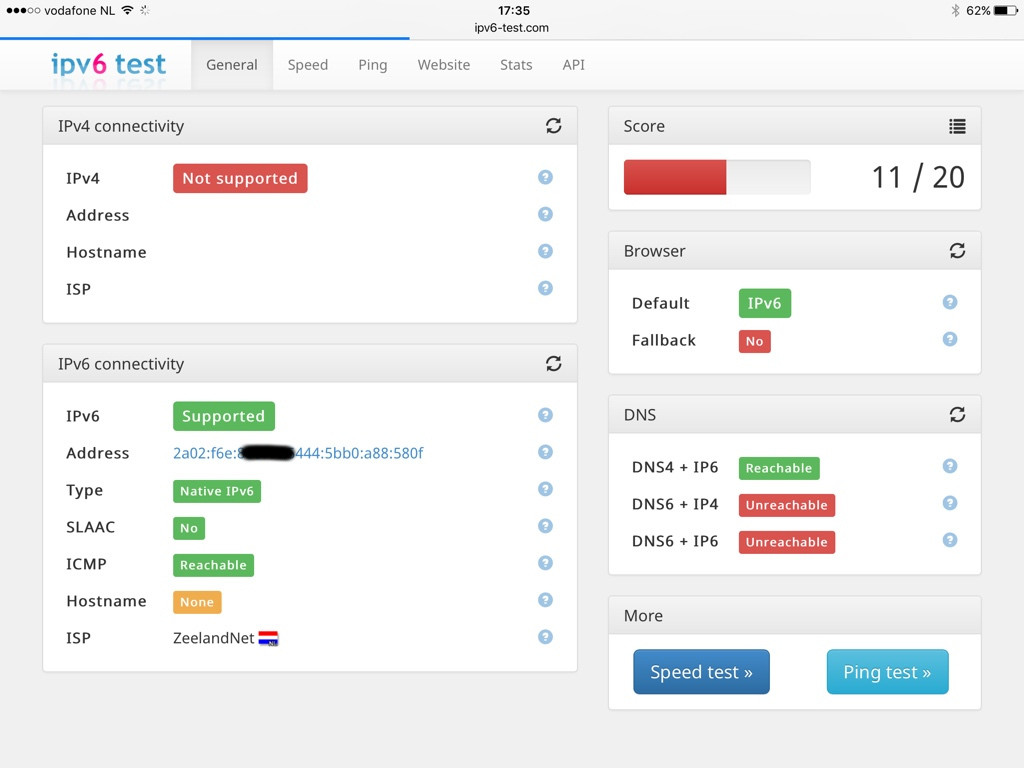 You might think that the internet breaks, but I think that already a lot of the large services work. A list of things which work:

What does not work?

Well, this could be a very long list. But there are certain services which should be highlighted for not supporting IPv6:

So yes, the biggest part of the internet does not work over IPv6. But most of the things work for me.